Why sue in Canada? 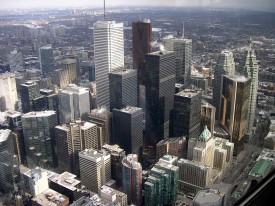 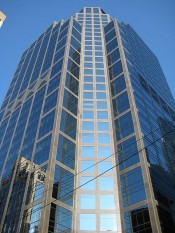 While the Fenix Project is located in Guatemala, there are deep connections between Canada and the Fenix mining project.  The mining project has been owned by Canadian companies since its beginnings in the 1960s.  Toronto-based HudBay Minerals, through its subsidiaries, owned and controlled the Fenix Project at the relevant time.   In fact, HudBay Minerals head offices are a mere five blocks from the court in Toronto where the case will be heard.  Importantly, many of the decisions regarding the operations of the Fenix Project that set the stage for Adolfo’s death were made by HudBay Minerals in Canada.  Similarly, the decisions that set the stage for the rapes at Lote Ocho were made by Skye Resources in Canada.  Skye Resources has since merged with and become one company with HudBay Minerals.

Impunity is the norm in Guatemala

Angelica, Rosa, Margarita, German and the other plaintiffs have also turned to Canadian courts because there is little chance that they could get justice in Guatemala.

In the case of Adolfo Ich, despite eye-witness evidence, Adolfo’s murderer remains free. This is not surprising. Guatemala has one of the highest murder rates in the world, and virtually all of these murders go unpunished.   In 2009, the United Nations’ International Commission Against Impunity in Guatemala reported that “the impunity rate in Guatemala amounted to some 98 per cent, with only 2 out of every 100 cases actually going to court”

Here is what others say about Guatemala’s justice system:

“Guatemala is a good place to commit a murder, because you will almost certainly get away with it.”

“More than a decade after the end of the conflict, impunity remains the norm for human rights violations. . . . According to official figures, there was 99.75 percent impunity for violent crime as of 2009. Deficient and corrupt police, prosecutorial and judicial systems, as well as the absence of an adequate witness protection program, all contribute to Guatemala’s alarmingly low prosecution rate.  In addition members of the justice system are routinely subject to attacks and intimidation.”

“The Inter-American Commission on Human Rights (IACHR) has repeatedly expressed its concern over the last few years about the serious situation regarding the administration of justice in Guatemala. The judiciary has yet to guarantee, for the majority of Guatemalan men and women, that human rights will be respected through the investigation of complaints and the individualization and punishment of those responsible for human rights violations of the present and the past.  The Guatemalan State’s lack of capacity to provide an adequate and efficient justice administration system, and to provide justice that is independent and impartial, hinders Guatemalan’s access to justice.”

“The general human rights situation has worsened over the past four years and there have been no serious attempts to fight impunity, as most cases of human rights violations are not investigated.  Punishment, be it under criminal or administrative law, is rare. . . . Given the weaknesses in the justice system, a large majority of the population has no access to effective or prompt access to justice.  Impunity tends to be the norm rather than the exception. The failure of the judiciary to ensure full and timely investigations and fair trials, as well as violations of the rights to due process and judicial protection, are still reportedly some of the most frequent human rights violations suffered in the country.”

“Violence against women is a chronic problem in Guatemala, and most perpetrators are never brought to trial. Despite legislative efforts to address this violence, there has been wide impunity for crimes against women.”

“The Committee is deeply concerned about the continuing and increasing cases of disappearances, rape, torture and murders of women, the engrained culture of impunity for such crimes and the gender-based nature of the crimes committed, which constitute grave and systematic violations of women’s human rights. It is concerned about the insufficient efforts to conduct thorough investigations, the absence of protection measures for witnesses, victims and victims’ families and the lack of information and data regarding the cases.”

-The United Nations Committee on the Elimination of Discrimination against Women, Concluding Comments: Guatemala, 2006.