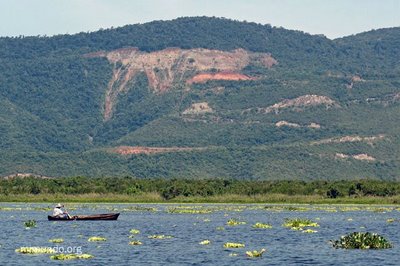 Canadian nickel mining company Inco begins negotiations with successive military governments regarding the construction of an open pit nickel mine near El Estor.1

Guatemala’s bloody 36-year civil war starts. The UN-backed truth commission later reports that 83% of the over 200,000 people killed or disappeared in the conflict were ethnic Mayans, and that the Guatemalan government was responsible for 93% of all human rights violations and violent attacks.

Leftist guerrillas choose the hills surrounding El Estor as their base of operations.  The magazine “Business International” later reports that Inco “went to the underdeveloped and politically explosive area of Guatemala – headquarters for Guatemala’s leftist guerrillas . . . because that’s where the nickel is.”2

Inco receives a 40 year mining lease to an area 385 km2 in size near El Estor from the Guatemalan government.3 In order to allow for open-pit mining, which was previously prohibited by the constitution, the military government suspends the constitution, dissolves congress and passes a new mining code – a code largely written by a mining engineer hired by Inco.4 Inco’s agreement with the military dictatorship includes both extensive tax concessions and an understanding that the Guatemalan government would provide “stability” in the El Estor region.5 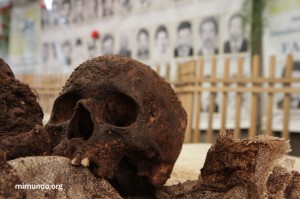 The Guatemalan military launches a “reign of terror” in the area around El Estor.  Military operations provide Inco with the needed stability and security to operate a mine.6 Time magazine reports that 3,000 people are killed in the military’s sweep of the area, including over 2,400 “innocent peasants”. Other sources estimate the dead at closer to 6,000.7 The Colonel in charge of operations to pacify the area around Inco’s mine site is nicknamed “Butcher of Zacapa”.

Q’eqchi’ Mayan farmers are expelled from land near Inco’s proposed mine, paving the way for mining operations and the construction of a new town site to house the mine’s workforce.  This process continues until 1971.8 This land is the land that HudBay now says was ‘invaded’ by Q’eqchi’ Mayan ‘squatters’.

An ad hoc committee of Guatemalan lawyers and academics writes a report criticizing the 1965 agreement between Inco and the Guatemalan government.  The report argues that the agreement is a corrupt deal that gives away the nation’s resources.  The report is widely and publicly distributed.9

The “Butcher of Zacapa”, Colonel Carlos Manuel Arana Osorio is elected president of Guatemala, with the promise that if necessary, he will “turn the country into a cemetery in order to pacify it”.10

Public protest against Inco grows. The government orders mass arrests, suspends the constitutional right to assembly, and occupies the University of San Carlos in Guatemala City, the center of the opposition. The state begins a systematic attack against the authors of the report (see pages 100-104 of the linked PDF). Law professor Julio Camey Herrera is assassinated hours after the university occupation ends. Law professor and congressional deputy Adolfo Mijangos López is shot dead in his wheelchair on a crowded street in the center of Guatemala City in January 1971. Alfonzo Paiz Bauer is wounded in an assassination attempt and Rodolfo Piedra Santa is forced into exile because of threats to his life.11 The UN-backed truth commission later concludes that these crimes were committed as reprisals for opposition to the government’s policies, especially the government’s agreements with Inco (see Illustrative Case 100 of the linked PDF). One month before his assassination, Mijangos is quoted as saying “[e]very time I leave home to go to my office, my wife wonders if it’s the last time we’ll see each other. One hopes for a quick death. That’s all.”12 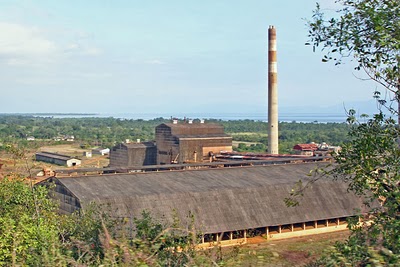 Employees of Inco’s subsidiary EXMIBAL (now called CGN and owned by HudBay Minerals) are involved in the execution of four persons near the El Estor mine site.  The UN backed truth commission classifies these murders as arbitrary executions (see page 105 of the linked PDF).

In another incident, Jose Che Pop and Miguel Sub, protesters from near El Estor are shot at and wounded by men riding in a truck owned by EXMIBAL (see page 679 of the linked PDF).

Police traveling in a vehicle owned by EXMIBAL abduct community leader Pablo Bac Caal from his home in El Estor.  He is later found murdered. Bac Caal often spoke out on the issue of the land rights of indigenous peoples. The UN-backed truth commission classifies his murder as an arbitrary execution (see page 674 of the linked PDF).

Inco shuts down production at its mine near El Estor.  The shutdown occurs after the Government of Guatemala attempts to impose a 5% royalty on Inco.  Inco retains control of the property.

Guatemala’s 36-year bloody civil war comes to an end. The Guatemalan Peace Accords include provisions on protecting and returning historical Mayan lands to Mayans.  The Peace Accords also place restrictions on the use of the military and private security forces.

Skye Resources, a Canadian mining company with deep connections with Inco, announces it has purchased the El Estor mine from Inco by purchasing a majority stake in CGN.

An agency of the United Nations finds that Guatemala has breached international law by granting Skye Resources mining rights near El Estor without consulting with indigenous groups.  The UN releases a report discussing the violation in 2007.

Mayan Q’eqchi’ populations return to their ancestral land in the area around El Estor including land that is formally part of Skye’s mining concession. 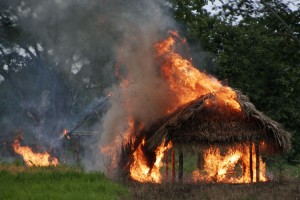 Police evict these Mayan Q’eqchi’ farmers without a court order on November 12.

Hundreds of police, military and private security forces evict Mayan Q’eqchi’ farmers from various communities on January 8, 9 and 17.   Hundreds of homes are burned down in the process.  In the community of Lote Ocho, 11 women are gang raped by mine security personnel, police and military.  Skye Resources publishes a news release expressing gratitude to the police force for carrying out the evictions.

The Canadian Ambassador to Guatemala spreads misinformation regarding a documentary film showing the evictions.  The Ambassador insists that the film is not credible, that one of the Mayan Q’eqchi’ woman being evicted was a paid actress, and that the still frames in the film were in fact taken many years before in the context of the civil war and were falsely portrayed in the documentary as having been taken in 2007.   These comments are later found to be slander by a Canadian Court.

In November, HudBay Minerals announces that it will delay the construction of the mine near El Estor until market conditions improve.

In December, Angelica Choc announces that she is suing HudBay Minerals and its subsidiaries in Canadian courts to seek reparations for the death of her husband.

In March, Rosa Elbira Choc Ich, Margarita Caal Caal and nine other woman from the Mayan Q’eqchi’ community of Lote Ocho announce that they are suing HudBay Minerals and its subsidiary HMI Nickel to seek reparations for gang-rapes suffered by them at the hands of Fenix secuirty personnel, military and police during a forced eviction requested by HMI Nickel (at the time known as Skye Resources).

In September, HudBay Minerals sells CGN, the Fenix Project and all of its other Guatemalan assets to a Russian company, the Solway Investment Group.  The lawsuits will continue against HudBay despite the sale.

1 J.H. Bradbury, “International Movements and Crises in Resource Oriented Companies: The Case of Inco in the Nickel Sector”, (1985) 61 Economic Geography 129 at p. 138.

3 Steven Driever, “The Role of Lateritic Nickel Mining in Latin American Countries with Special Reference to Exmibal in Guatemala” (1985) 11 GeoJournal 29 at p. 34.