Summary of Choc v. HudBay (Lawsuit regarding the killing of Adolfo Ich Chamán) 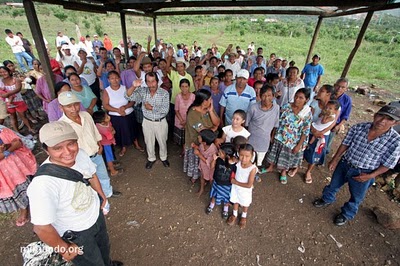 What is the purpose of the lawsuit?

Who is this lawsuit against?

Who is bringing the lawsuit?

What are the larger issues at the mine site?

Summary of Chub v. HudBay (Lawsuit regarding the shooting of German Chub Choc) 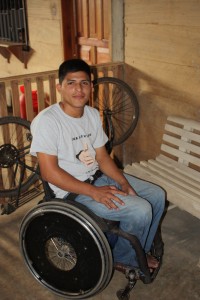 German Chub was shot by mine security personnel

The lawsuit alleges that in the afternoon of September 27, 2009, German Chub Choc, a young father, was shot at close range in an unprovoked attack by the head of security personnel for HudBay’s Fenix Mining Project. As a result of the shooting, German Chub suffered catastrophic and life threatening injuries. He survived the attack, but is now paralyzed and no longer has use of his right lung.

The lawsuit alleges that the brutal and arbitrary shooting of German Chub was caused by the negligent management of HudBay Minerals both in Canada and in Guatemala. In particular, the lawsuit alleges that HudBay Minerals negligently authorized the reckless and provocative deployment of heavily armed security personnel into Mayan Q’eqchi’ communities on September 27, 2009, and negligently authorized the excessive use of force by its security personnel in response to Mayan Q’eqchi’ communities that were opposed to the illegal occupation of historic Mayan land.

HudBay Minerals knew that it was operating in a country with extreme levels of violence and low levels of accountability for such violence. The lawsuit alleges that HudBay Minerals knew that Fenix Mining Project security personnel had a track record of using violence in the past against the local Mayan communities that had opposed mining in their community, and knew that there was a very high risk that its security personnel would commit acts of uncontrolled violence in the future. The lawsuit alleges that despite this knowledge, HudBay Minerals continued to employ under-trained and inadequately supervised security personnel while failing to implement or enforce standards of conduct and oversight that would have adequately governed and controlled their conduct.

German Chub is suing HudBay Minerals for the catastrophic harms suffered by him as a result of the shooting.

Summary of Caal v. HudBay (Lawsuit regarding the rapes at the community of Lote Ocho)

The claim asserts that on January 17, 2007, the Plaintiffs were gang-raped by uniformed mining company security personnel, police and military during the forceful expulsion of Mayan Q’eqchi’ families from their farms and homes in the remote community of Lote Ocho.  These armed evictions were sought by Canadian mining company Skye Resources in relation to its Fenix mining project, located on the north shores of Lake Izabal, which it operated through its Guatemalan subsidiary Compañía Guatemalteca de Níquel (CGN). The communities believe these evictions were illegal.

In 2008, Skye Resources, together with CGN and the Fenix Project, was purchased by HudBay Minerals, and Skye Resources was renamed HMI Nickel. This corporation will be referred to as “HMI/Skye” in this document.  HMI/Skye later merged with and became one company with HudBay Minerals.  This is legally significant because, as a result of the merger, HudBay is legally responsible for HMI/Skye’s liabilities and past actions.

The lawsuit alleges that the harm suffered by the Plaintiffs was caused by the legal negligence and carelessness of  in its operation of the Fenix project, and therefore HMI/Skye is legally responsible for this harm.  For example, the Plaintiffs allege that HMI/Skye was negligent and careless in directing, controlling, and supervising the mining security personnel who committed the rapes.  The Plaintiffs further allege that HMI/Skye was negligent and careless in seeking, requesting and authorizing the forced evictions of Lote Ocho without taking reasonable steps to protect the community from the use of violence during this eviction.

Each Plaintiff claims $1 million in compensatory damages for their pain and suffering, and $4 million in punitive damages owing to the extreme and heinous nature of the attacks against them.  The total claimed by the lawsuit for all Plaintiffs is $55 million.

Key Facts Alleged in the Lawsuit

HMI/Skye claimed that they had valid legal right to the contested land.  Mayan Q’eqchi’ communities counter that they are the rightful owners of the land their ancestors farmed and lived on for generations, and that any apparent rights that were granted to mining companies during the Guatemalan civil war are illegitimate.

Despite this knowledge, despite HMI/Skye’s public relations statements that indicated that they wished to resolve the land conflict through dialogue, and despite there being no pressing need to rush the resolution of the conflict, the lawsuit alleges that HMI/Skye responded immediately and aggressively by seeking forced expulsions in early 2007.

On January 8th and 9th 2007, forced evictions were carried out in at least five Mayan communities located on contested land, including the community of Lote Ocho.  In the course of these evictions, dozens of houses were burnt to the ground.

After this first round of evictions, HMI/Skye, through its CEO and President, Ian Austin, and other executives and managers, knew that the evictions had not been peaceful.  In particular, executives of the company, including Mr. Austin, knew that during some of the evictions, homes had been burnt to the ground.

The lawsuit alleges that HMI/Skye did not take reasonable steps after the evictions of early January to investigate alleged uses of violence during previous evictions.  HMI/Skye did not reconsider or modify its strategy of seeking forced evictions of Mayan Q’eqchi’ communities in light of these allegations of violence, and took no steps to modify or strengthen any of its policies or standards relating to Fenix security personnel or the protection of human rights.

In the week that followed, the community of Lote Ocho returned to the land and began to rebuild their homes.

Attacks against the Plaintiffs

On January 17, 2007, hundreds of police, military and Fenix security personnel returned to Lote Ocho to conduct a second eviction of the community.  This eviction was again sought by HMI/Skye.

The lawsuit alleges that during this eviction, the Plaintiff Rosa Elbira Coc Ich was assaulted by nine men, including police, soldiers and company security personnel wearing uniforms bearing the initials and logo of CGN.   At first, a policeman drew a pistol and put it to her head and asked her where her husband was.  When she was unable to tell him, he said that they were going to kill her.  Then all nine men, including uniformed members of the Fenix security personnel, held her down, covered her mouth and raped her.  Ms. Coc is no longer able to have children, possibly because of injuries sustained from the gang rape.

The other ten women suffered similar attacks and rapes. Some of the women were pregnant at the time of the attack and later lost their babies, possibly as a result of the rapes.

On January 17, 2007, the same day the Plaintiffs were raped during the forced eviction sought by HMI/Skye, HMI/Skye President and CEO Mr. Austin published a public letter regarding the evictions, stating “[t]he company did everything in its power to ensure that the evictions were carried out in the best possible manner while respecting human rights.”

The lawsuit alleges that despite public representations from the highest levels in HMI/Skye’s management regarding the company’s commitment to specific and identifiable security standards, HMI/Skye did not take reasonable or appropriate steps to implement or enforce standards regarding the conduct of security personnel at HMI/Skye’s operations in Guatemala.