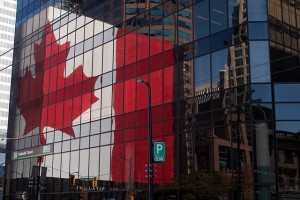 Canada’s mining industry has a serious problem.  Consider, for example, recent allegations of killings and rape in Tanzania, murders of anti-mining leaders in Mexico, Guatemala and El Salvador, forced evictions and alleged gang rapes in Papua New Guinea, and alleged involvement in massacres in the Democratic Republic of Congo.

To read more about why Canadian society should accept responsibility for this problem, see: Professor Craig Scott, Inter-societal Responsibility and Honour in the case of Choc v Hudbay

For environmental and human rights NGOs, faith groups, labour unions, and research and solidarity groups who are also concerned about this issue, see: the Canadian Network on Corporate Accountability.

For examples of the kinds of environmental and human rights abuse allegations made against the Canadian Mining Industry see:

Corporate Social Responsibility: Movements and Footprints of Canadian Mining and Exploration Firms in the Developing World a report recently commissioned by the Prospectors and Developers Association of Canada (a mining lobby group).  The report concludes that Canadian mining companies are the worst offenders of environmental, human rights and other violations. 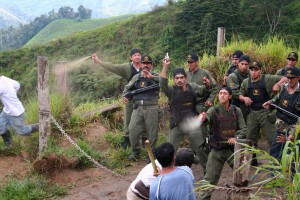 “Of the 171 companies identified in incidents involving mining and exploration companies over the past 10 years, 34 per cent are Canadian”

“Canadian mining companies are facing allegations of abuse and assault on local citizens in dozens of developing nations.”

Canadian Mining Map (PDF) put together by the Halifax Initiative showing Canadian mining projects which have been associated with significant adverse social and environmental problems all over the world.

The House of Commons Standing Committee on Foreign Affairs and International Trade says:

“The Subcommittee on Human Rights and International Development has heard evidence related to the activities of Canadian mining and other resource companies in developing countries, including Colombia, Sudan and the Democratic Republic of Congo. . . . These hearings have underlined the fact that mining activities in some developing countries have had adverse effects on local communities, especially where regulations governing the mining sector and its impact on the economic and social wellbeing of employees and local residents, as well as on the environment are weak, or non-existent, or where they are not enforced.”

“You cannot have a functioning global economy with a dysfunctional global legal system: there has to be somewhere, somehow, that people who feel that their rights have been trampled on can attempt redress.”

The UN Secretary-General’s Special Representative on Business and Human Rights has said:

“The root cause of the business and human rights predicament today lies in the governance gaps created by globalization – between the scope and impact of economic forces and actors, and the capacity of societies to manage their adverse consequences.  These governance gaps provide the permissive environment for wrongful acts by companies of all kinds without adequate sanctioning or reparation.”

“[T]he international human rights regime cannot possibly work as intended in a conflict affected area where functioning institutions may not exist. What message should home countries send the victims of corporate-related human rights abuses in those situations? Sorry? Good luck? Or that, at a minimum, we will work harder to ensure that companies based in our jurisdictions do not contribute to the human rights abuses that so often accompany such conflicts, and to help remedy them when they do occur? Surely the last is preferable.”